Hello dear blog readers. It is good to be back and even though terrible things have happened since last time, things are still well in the land of the vikings. Japan...not so much. That is why we had to cancel our trip this time. Japan is our second home and it was a tough decision to cancel and stay home when we felt like we were supposed to be there and help. In the end we realized that we couldn't do anything in Japan other that be in the way and to worry our friends and family back home. I mean, if our friends in Tokyo was thinking about skipping town why should we go there. For what? So we decided to wait and instead try to help from back home in Denmark. That's why we are making a print of my latest painting. All the money will go to Japan. There will be different packages to choose from for those who want to buy more and support Japan more. I will be selling the usual prints and flash together with the new print but a bit cheaper than normal and that money will also be going to Japan. I will be auctioning off the original painting and that money will also go to Japan. On top of that we will try to make a charity day at the Conspiracy Inc. where I will be tattooing (maybe walk-in style) for the cause and we will be selling prints and stuff and some of Amalie hats as well. This will hopefully happen sometime in April so keep and eye on this blog or the Conspiracy Inc. blog for updates. The prints should be with us in a few days so keep an eye out for that as well. I will also try to gather a list of other artists who something similar to gather money to the land that has given us so much.
Mean while in Copenhagen this happened!
First Sylvain and Innina came by from Geneva... and brought chokolade.
Sylvain wanted a workaholic demon who was having himself a little tea break. A little rminder to himself to remember not to work ALL the time. Boy do we know about that feeling. Maybe I should get one of those as well. 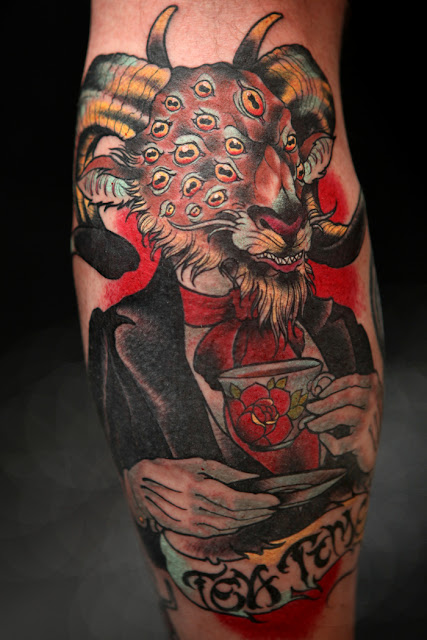 Innina wanted to get a piece inspired of a painting done by her grandfather. So i did my version of his roses and we added a few of her tools of the trade behind them. 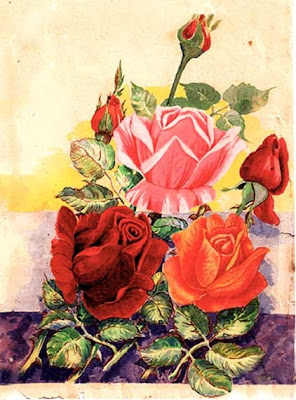 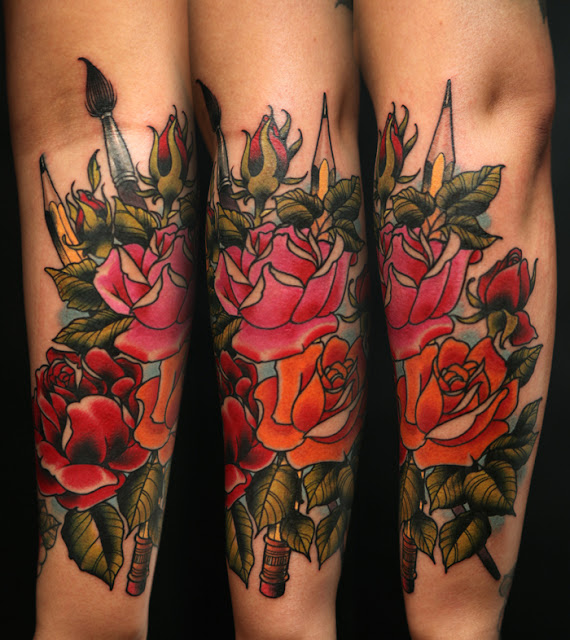 Anita from the Uk was originally supposed to get tattooed by me on the London convention a few years ago but I had to Cancel her. She came by and finally got her piece. She wanted it super bold and simple and it was super fun to get back to just one bold outline and rough shading and few colours. Good times. 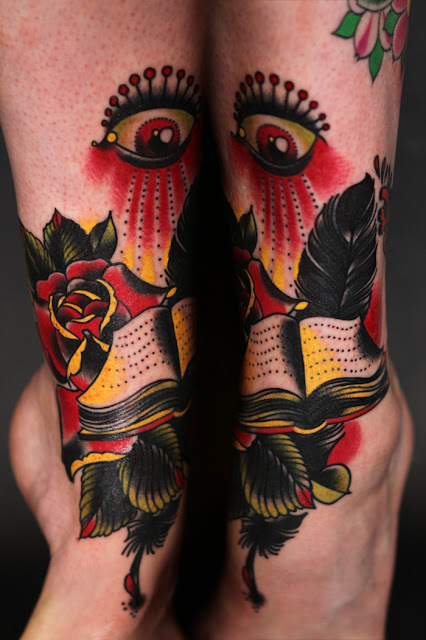 My norwegian homeboy Martin came back to get some more colour in his chest. It is almost done... almost. One small session and we are done and done. I also got me a picture of what we finished last time but the skin was still a bit shiny so we will have to wait with the final picture but you'll get the idea.
Bernie, the burning priest. 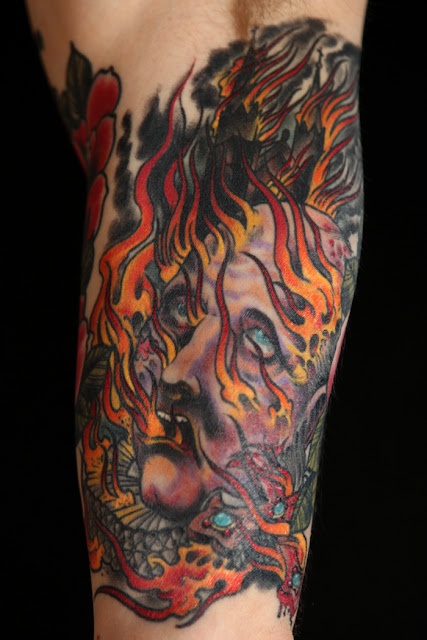 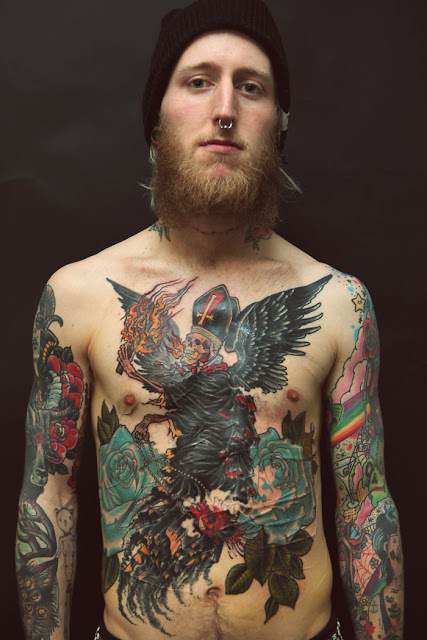 the tea demon is pretty bad-ass!:)

Thank you again for your wonderful work and hospitality :)

I love the roses! Looking forward to more details on the prints. I'd love to help out Japan in exchange for some awesome art.

Are you going to be at Ink-N-Iron this year?