So as promised... Im back with more pictures of things that I have drawn on people! Wow... right? I actually did it.
Ok so here is some of the left overs that didn't made it to the last post. I still have a few pieces left but I still don't want to spoil you with them all at once. Patience my friends!
But since I have been cheating and actually made this post right after that last one, I don't really have anything new to tell. Nothing really happened the last 10 minutes so here is the pictures as promised.
A little different kind of tribute to the two daughters but hey, if the girls wants skulls then that's what daddy should get. 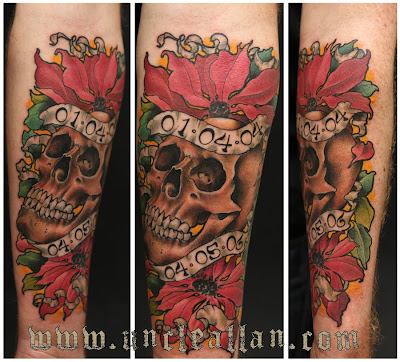 Thomas dropped by from the states (well he was in europe anyway) to get this evil witch. Looking forward to get a healed picture of that one. Another super trooper in the books. 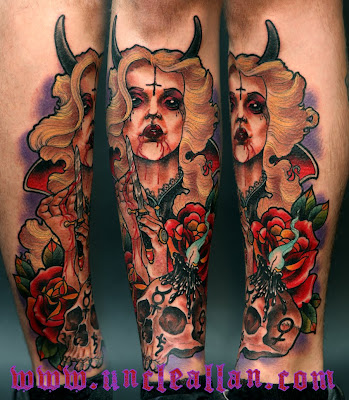 Them British girls really like their tea so here is a good start of a new sleeve. 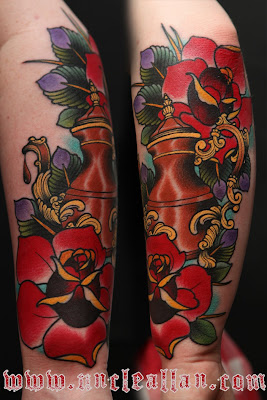 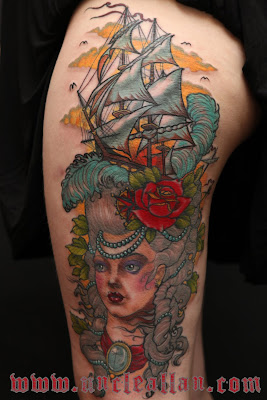 Hey Alan, really dig the way you do your hair on the Ladies. May have to bite that at some point. Wonderful blogs. Please keep it up.