I wanted to do a post about this years London Convention but as I was looking through my photos I realised that all the photos looked like crap or were out of focus! I did some really really fun ones too but the lighting in the convention is so terrible that it was impossible to get a good shot with my real camera. I was hoping that it would be better if I took them with my iPhone... it wasn't. So no pictures this time! Sorry! You should go to the Conspiracy Inc. Blog to see the post Amalie posted with some shots from the convention. But we still had a great time and as always, I wanna send a giant thank you to all the cool people who dropped by to get tattooed, say hi or buy stuff! THANK YOU!!
Like the last couple of years, we shared the booth with my good friend Chriss Dettmer. The best booth mate ever. We stayed at a new hotel this time which was a really nice change but also resulted in us being a bit less social than we used to be since we didn't have to walk through the hotel bar on our way to our rooms. The hotel was really nice and in a new area, which meant new restaurants... what a treat!
This convention thing that I have been doing for the last couple of years, doing walk-up only, from flash, was working perfectly again this year. So well that I will do the same for the Brighton convention. That's right! We are going to be at the Brighton Convention this February. No bookings. Just drop by and see what I have drawn up and who ever is ready as soon as I am will get tattooed.

I have more new stuff to tell you, so this is it, about London. Sorry for the lack of photos. But I can't leave you without some sort of photo. 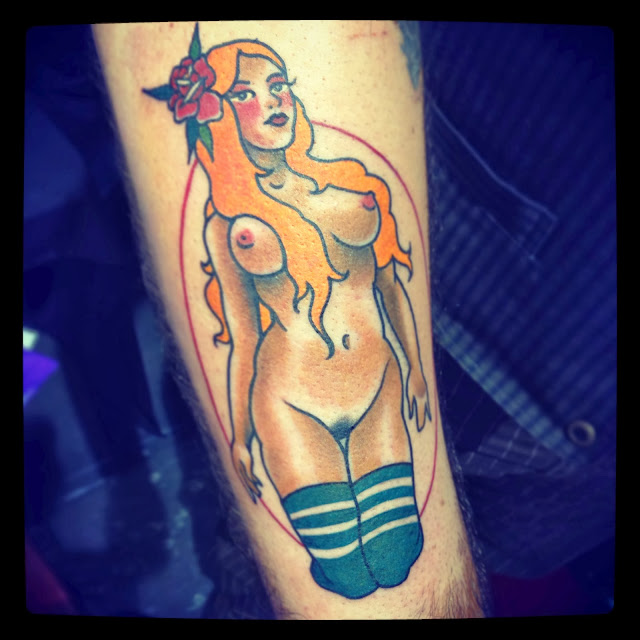 I recently did a painting to help my good friend Nick, promote my never ending Black Metal Book project that will be published through Clandestine Republic hopefully around summer 2014. So maybe it will end... Some day! 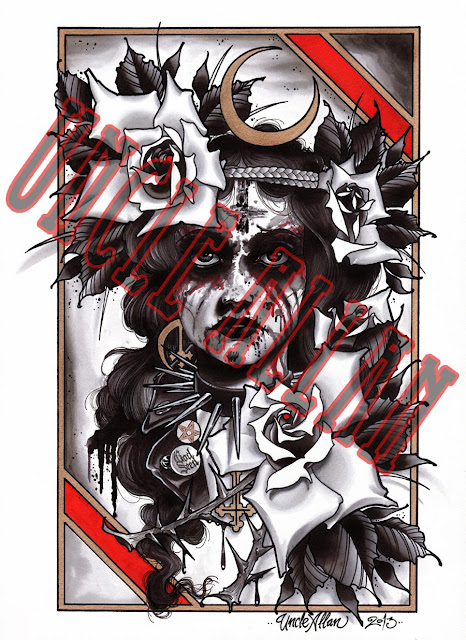 This painting was made specially for him to sell through Clandestine Republic and is only made in 100 copies.
Its a high quality giclée print on fancy fine art paper measuring 40 x 61 cm (16" x 24") and all numbered and hand stamped.
Since in writing moment half has already been sold I wouldn't sleep on this. Go HERE to buy it. It can not be bought through the shop or me since I don't have any of them. I really hope you guys like this.
While you are there you should check out Electric Picks 2 amazing comics, Red Box and Turbo Drome

A taste of Red Box

And a taste of Turbo Drome

There is all sorts of cool limited prints from awesome artist for sale right now so go shop now before they all are sold out. It is also last minute if you want to make sure they get there in time to be under that there three... You know which one I'm talking about.
Great presents for sure. So go shop! NOW!!!

More updates and teasers about the book later... just so you don't forget.

Posted by Uncle Allan at 2:27 PM No comments:

After a busy busy couple of months of this and that I'm finally ready to start this pervy project of mine.
Many things has happened since last post and that is one of the reasons why it has been that long. I will try to get back to you about some of the things soon. Promise. But since a lot of people have asked, if they were too late for the perv project, I figured that it might be better to get this cleared up right away. You are not too late... In fact it hasn't even started yet. I have been too busy to take on any orders, but it is starting to clear up a bit now, so here we go.

This is how it is gonna work:

To get a custom ordered perv painting you pay a non refundable deposit of 50€ to my paypal at a@uncleallan.com and put in you email address and comment it as build-a-perv. Then I'll send you a form that you will have to return to me with your requests.
Please note that it can take a few weeks before I get them done, maybe longer if it is more difficult ideas.

There will be 3 different sizes to choose from (it's all in the form)
and the prices will range from 100€ - 400€ depending on size and details.

The form also comes with more detail about how to do this and stuff.

Here is a few more previews of what is possible but not what it has to look like.

Any questions about this can be send to me on Onkelallan@gmail.com 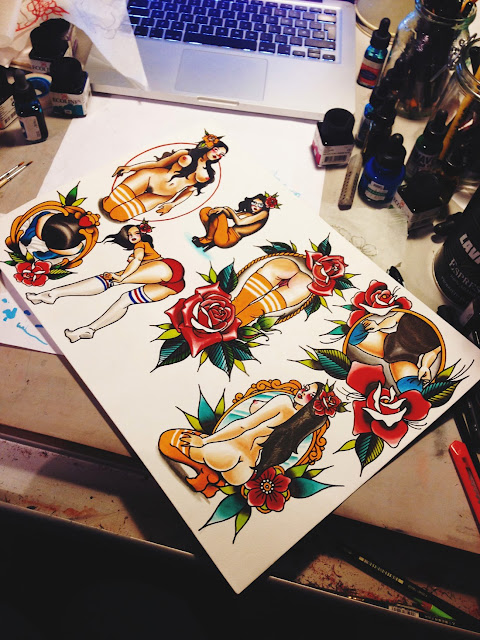 Page from set of flash that I'm working on. More info as soon as it's done. 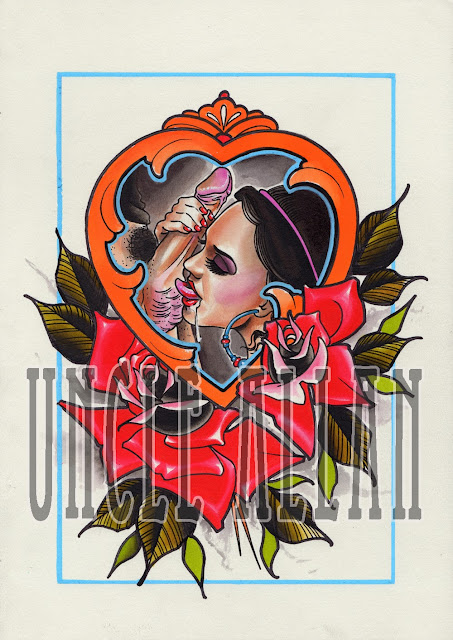 Painting made for our friend Amanda... she really likes balls! 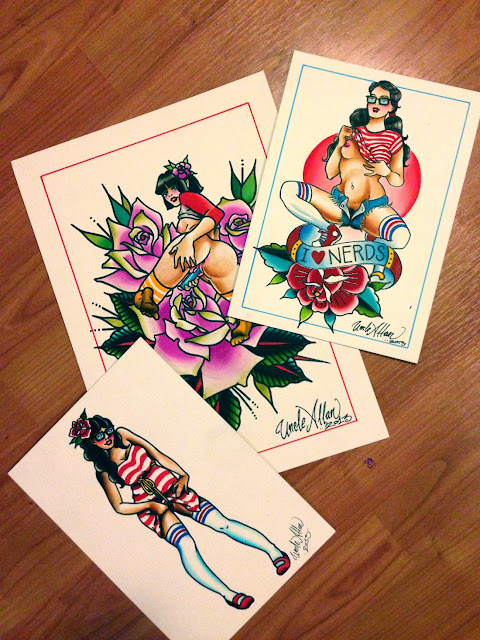 A couple of random paintings and the first pre-order. 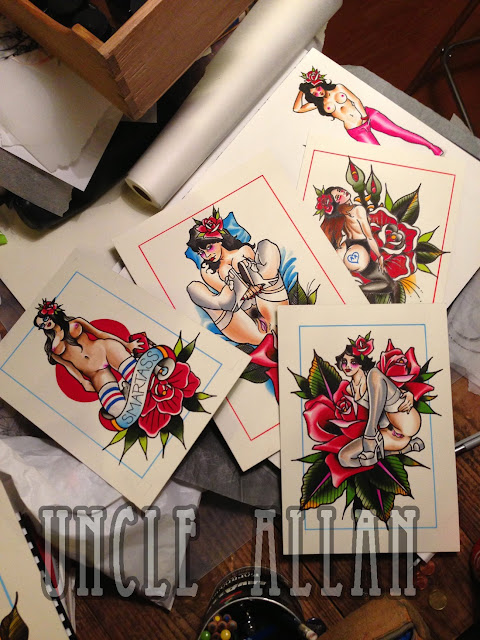 A couple of paintings done for the hell of it and flash. Maybe for sale soon on the webshop. Maybe...

I'm hopeing to get some fun orders from you soon!
More news about stuff soon!
Posted by Uncle Allan at 9:56 AM 3 comments: