Well...frog actually but that doesn't rhyme on tits.
Here is what I did today. 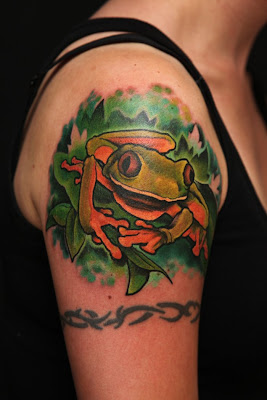 Did all the colors on Lars' sea slut. She is luring in all the danish sailors so the huge octopus (to be inserted on the other side) can feast on them. In the background you can spot an old Danish wreck. The colors look a bit funny in the picture due to all the wiping of different colors but it will look good later and I promised Lars to post a picture anyway and since it is his Birthday he gets what he wants...well a picture on the blog anyway! I will try to get a better picture later. 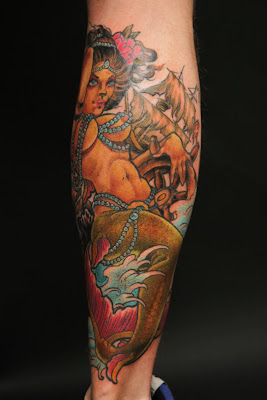 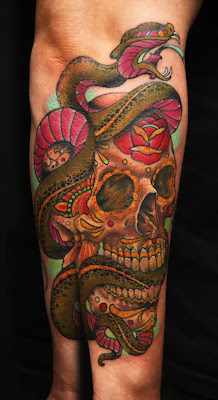 Today I finished two tattoos both with Mexican skulls. Finishing colors on top of old black always makes it hard to get a good picture so this will do until I see them both again in a month time or so. I was actually supposed to do 2 more mexican skulls tomorrow (on the same guy) but he had to cancel. Too bad! It could have been DAYS of the dead. 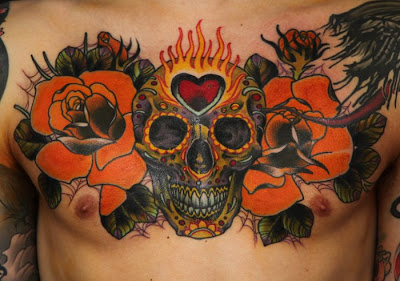 
This week I had 3 customers from other countries who all came to claim the highly regarded title of "TROOPER".

First we had Mike from New Zealand who ended up lasting almost or maybe full 8 hours. I was a bit stressed because I wanted to go see my friend, Jacob, sing for the first time in his new band, The Kandidate. Well I didn't make that in time but we did finish the tattoo. 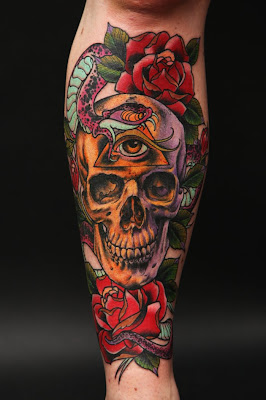 Second was Mark from Germany. We didn't finish the tattoo that ended up beeing a bit bigger than we had expected so noooo hard feelings there. Since we only almost finished there won't be any picture of that one this time...sorry Mark you will have to wait with your internet fame till we are done.

Last but not least we had Tim who also were from Germany. After 6 long hours of pain and squirming we finished 1st half of the lower arm that I am gonna do on him. Second half will be done when we come back from California in June. 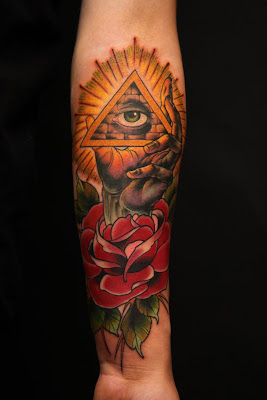 Since they all lasted longer than 6 hours they all earned the title of "trooper". Good job guys!!! Well done...Splendid indeed!!

The award for Customer Of The Week gotta go to Mike though. He came all the way from New Zealand. Lasted 8 hours without complaining and left one hell of a tip even though I stressed him out the door to try to catch a show. Thanks for understanding buddy!!
Posted by Uncle Allan at 2:33 PM 7 comments:

We have been rebuilding our work room in the apartment all weekend. New furniture was bought and some mounted on our walls. Bigger task than it sounds. You can drill one place and it is like the hardest rock known to man and then the next will be like cutting through butter with a laserbeam...and we all know how easy that is!!!

Well all this building has left me with little time to blog or do anything else but I will post a picture of our Brit of The Week, Greg. We started what will end up as a sleeve. This time we did one patch on the lower and stated the upper arm. More will be added this december. 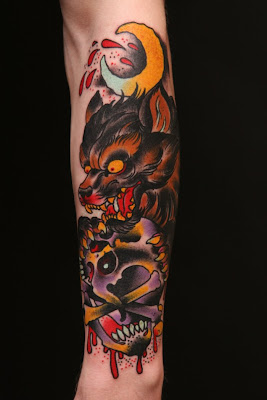 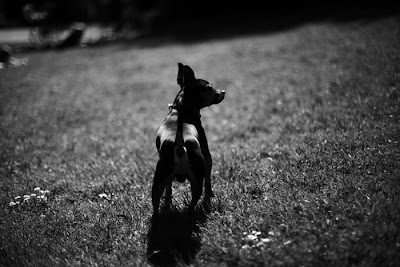 This weekend has been absolutely awesome. I have finally gotten to relax for real and a few things that I havn't had time to do up until now. Saturday seemed like the longest day ever but in the best kind of way. It felt like it keept going and going so that we had time to get everything done. We started with brunch with Nick followed by shopping for glasses. After this there was a great deal of relaxing at the apartment with coffee, records and I finally had time to look at some of the many photobooks that I had gotten. Might do a small bookreview later...maybe.
I played around with my fancy softbox trying to figure out a good setting for an upcming photoshoot. Good times.
Then we went out to eat a snack dinner with Nick before we had to go see STAR TREK!! Yeah!! Awesome! Good times.
When we got home we hung out a bit more and chillaxed on the couch watching Medium on Dvd until we looked out and realised that it was getting light outside...it was 4:30 and we wanted to get up and get something out of the day..since it is Lucifers birthday today!! 5 years old!!! Go see Amalies blog for some über cute baby pictures of him.
We ate a nice breakfast before going to the park with the birthday boy. He got to run a bit and hang out in the sun while the grown ups had some coffee and juice. We did talk about tattooing Amalie today but since we had such a great day relaxing yesterday we decided to continue today. 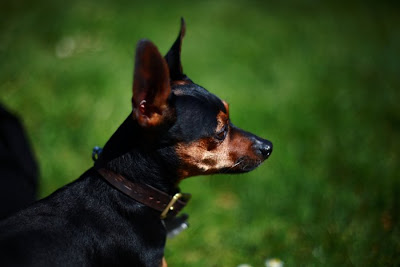 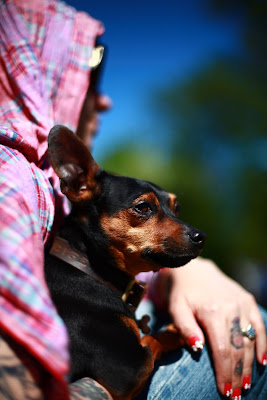 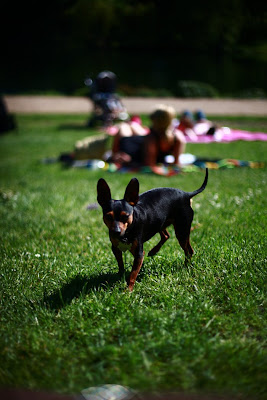 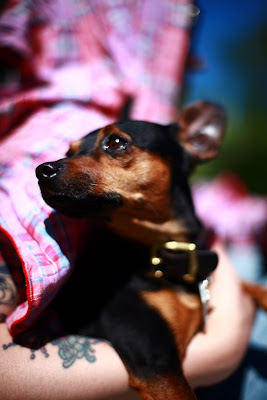 Now it is time for some awesome Sicilian icecream and some more coffee enjoyed together with more photo books while listening to records. Later suckas!! 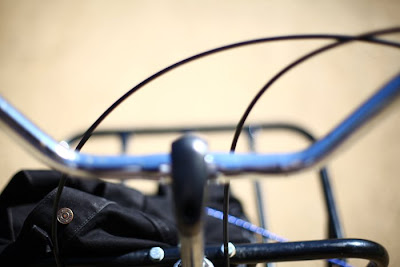 I am still not back in my daily Denmark routine and I don't really have any energy to do all the things that I want to do such as update my blog. This weekend helped though but we will get to that. First a little tattoo update.


First up is my good ol homiette Rikke B. We go all the way back to Hicksville where I grew up. We did this tattoo almost two years ago but we finally got to fill in a few small gabs here and there so now I can put her arm on the internet as promised!! 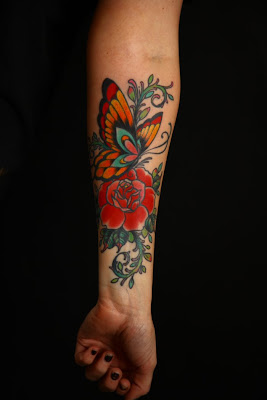 Up next we have our Swedish photographer, Lisa, who did a piece on the shop for a fancy magazine a while ago. Good pictures. Not only that...she brought awesome cookies!! YEAH!
She got herself a nice little owl. Fun to do a normal looking owl for once. No crazy colours or fancy stuff around it. Just a nice and simple owl. I do love the crazy ones too but it was nice to do something "new". 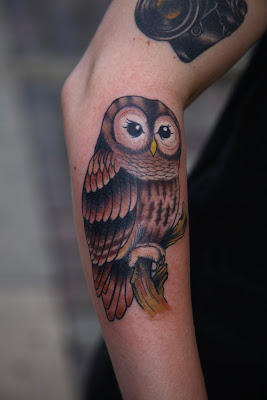 Not a good walk in the park 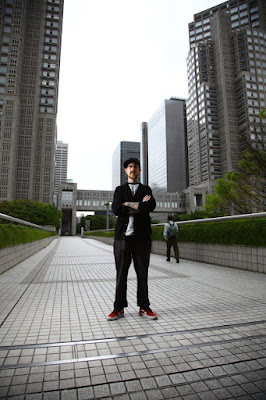 There is a looong story to this post but I am not sure I feel like getting into writing the whole tale down. I will give the high speed version: Ok here we go! 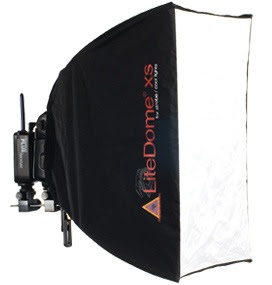 Me and Mattias was on one of our camera geek trips in Shinjuku. We wanted to try out not only my fancy new camera but also my new flash and more importantly the softbox I got to go with it. We decided to try it out just outside a park where we would be left alone and not be in the way of anyone. After taking a bunch of pictures of each other we decided to take it on the road. We went into the park to test it on some other subject like bushes and a lamp post as shown below. We were so exited about the light that we decided to ask the nearest person (happened to be a homeless dude. There is always a lot of them living in the parks) if we could take a few pictures. After answering with a few grunts, that we translated into that he couldn't care less, I snapped these two shots. To speed things up the next person wasn't that friendly and we actually ended up getting attacted by him...well Mattias did while I tried to get away from the loony with 2 big backs on my shoulders, my huge camera around my neck and the giant litedome connected to my camera with a 5 meter long wire. Not that easy. Well we tried to get away from this crazy person but he kept following us till we were waaaay out of the park and into the streets. In the end the Police was called and we all ended up at the Police station to explain what happened. This would all be fine if it wasn't for the little fact that I didn't have my passport on me. In Japan, as a foreigner, you are required to have your passport on you all the time. Speeding up again... Amalie had to bring the passport to Shinjuku station where me and a cop picked her up. After 3 hours of talking to different cops (since none of them spoke English that well), taking an alcohol test twice (because they didn't know how to do that right either, and writing a letter to the chief of the Police promising that from now on I would ALWAYS have my passport on me, we were free at last! What a day! 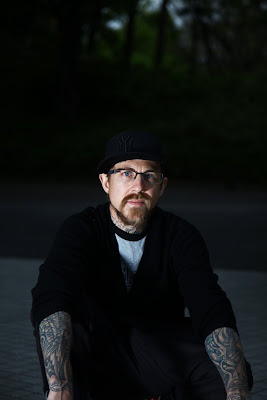 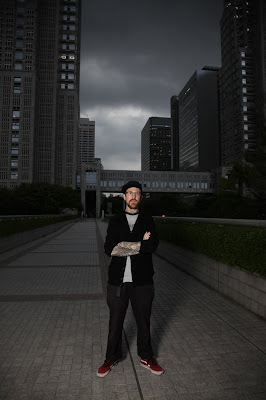 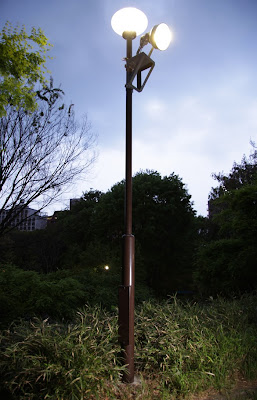 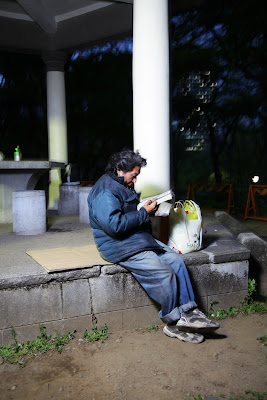 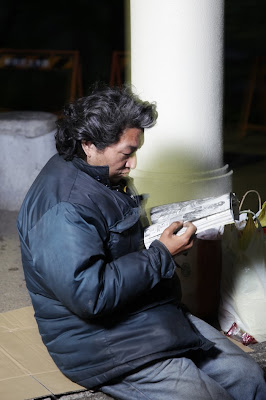 It has been so long since my last post that I have decided to speed things up a bit. That means that I won't tell every story or post every picture as I might would have had I only had the time. I will try to keep the most important parts and instead show some fancy pictures. It has been a bit rough coming home but it's getting better so soon we will be back to normal mode again. I simply havn't had time or energy to blog, email every one that I should, paint or even look at the pile of awesome books that I just got. But today my goal is to play around with some of my new fancy photogear to try that out.

Well first off, here is the last tattoos from Japan. I think it is the last ones...first of Matt. He had to have a third session on his enormous rib piece. The parts from his second session wasn't fully healed so the picture looks a bit funny but at least we finished and got a picture. After many hours of singing along to awesome anthem musik we made it!! 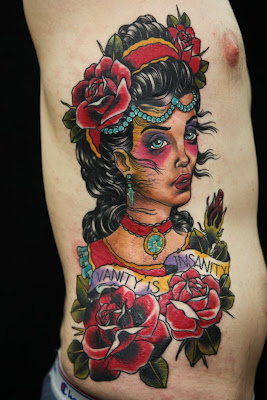 This little kitty is on a Japanese tattooer. I wasnt really sure what to do with this first since it's not what I normally get asked to do but it ended up beeing pretty fun to do. 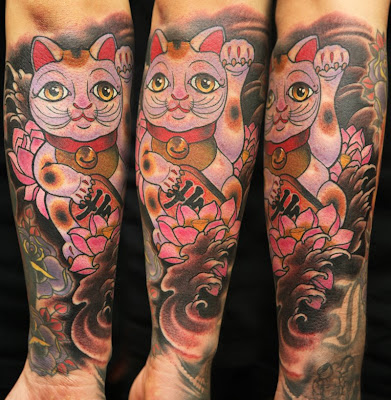 I promise that I will ba back soon! Still more photos from Japan both from my awesome new 5D mark II and from my awesome little Russian plastic Lomo see see you soon.
Posted by Uncle Allan at 2:22 AM 6 comments: